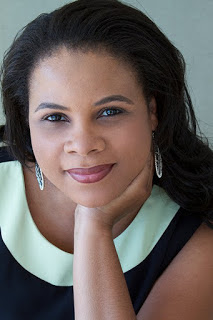 Erika Gilchrist is an award-winning speaker & acclaimed author. She has been branded the "Unstoppable Woman". Her company teaches women how to be" unstoppable", through coaching and workshops for both personal and professional development. She even teaches women how to publish their own works. One of her latest developments is a group called the "The Society of Unstoppable Women ", which consists of over 100 women, interacting and engaging in various activities, such as leisure galas and training forums. Amongst her most recent books is a collaboration project comprised of twenty-three women across the nation, called the "Unstoppable Guide to a Woman's Emotional Well-Being", including a forward by Maya Watson of Harpo Studios.

What is her secret? Erika does not claim to be perfect. She isn't afraid to admit that. She can attest to troubled circumstances throughout her life, and certain obstacles. This may be where she derives some of her strength. This may be her secret to being unstoppable. Yet, she was born to speak, gifted with the ability to energize audiences, and even affecting lives. She discussed winning her first speaking competition in 6th grade, even though her training up until then was in theater. She continued to win competitions from that point on. Speaking wasn't even a path she had envisioned, but she was good at it.  In her early twenties, companies had hired her to travel across the country to speak in front of high-school and college students. Eventually, the audience widened and her expertise became more extensive. This led her onto a path of starting her own business and helping other women.

Gilchrist just may be the next Oprah, or maybe something just as dynamic. She's been described as "energizing, engaging, and captivating",  having the ability to provide tangible tools for people, to incorporate in their lives. Plus she has a special knack for creating liaisons with other women. Erika has had first hand experiences with hurdles, and she has become a magnet for so many women. She feels that some women often underestimate their self-worth. Throughout her upbringing, she was surrounded around strong and resourceful women," The women in the family just did everything. We mowed the lawn, we raked the leaves, we shoveled the snow, we cleaned the gutters. We got the cars fixed. I changed my own alternator once..." Even though Erika says that she would never change her alternator again, she knows how to do it. She knows that women are extremely capable of doing anything, yet many are validating themselves through others. She admits to having low points. Yet, her life has come to a full circle and she wants to help other women. She hopes that her work will be a channel in creating strong women leaders, by truly assisting and empowering them. Maybe this is what separates her from the rest of the world of motivational coaches and speakers. This is more than just a business.

A visit to Erika's domain is reviving. The introductory video is compelling and even euphoric. Erika's voice plays back as she speaks to an audience.  "...There are people on this earth, that are put here, to try and bring you down, demean you, make you feel bad about yourself. How you gon' know what you are made of, unless somebody challenges you? So they' re not the problem. Don't blame them. Don't even be upset with them. The problem is when you started to believe it. The problem is when you took their personal opinions of you, and you accepted it as your own personal reality. The problem is when you forgot how wonderfully creative and talented and beautiful and unstoppable you really are". The audience claps and the video fades to black. Yet the words linger.

Just how 'Unstoppable" is Erika Gilchrist? She has a great deal on the horizon. She revealed a couple. Currently, a television show is in the works. A nonprofit organization may be designed to funnel resources and tools to poor women, those who just can't afford to take her workshops. The "Unstoppable Woman" may be well on her way to inspire millions of viewers. Mainstream outlets may eventually want an Unstoppable column. Or, a girl's school may eventually take on the Unstoppable model.  Who knows. The sky is the limit. Clearly there is an Unstoppable future for Erika as well as the women she serves.