Interview with Audra Fordin: Women Auto Know® The Woman That is Reshaping The Automobile Repair Industry 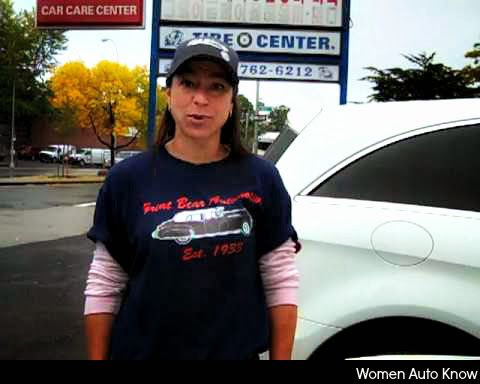 It’s a passion project noted by American Express, including major networks consisting of MSNBC, ABC and a contemporary contribution to the auto repair industry. Women Auto Know (WAK) is the go-to source for those who would like to retrieve in-depth information about automobile maintenance. Audra Fordin is the company's founder, a fourth-generation auto mechanic and also the owner of the Great Bear auto shop located in Flushing, New York. Women Auto Know started off as subsidiary to services that were already being offered at Great Bear, and a clever innovation that saved Fordin’s family business. Today it is a thriving establishment, changing the face and future of auto repair.

Audra is a wife, mom of three and business owner who maintains a herculean schedule. When she spoke to Women For Action around 6pm PST on a Monday evening, she explained that her day was still going and was making the transition to her second crew. Later that evening, she would be meeting with her interns regarding WAK. Though WAK appears to be a  family affair with Audra’s children involved (ages 13, 10, 6), who contributes to the designing and data entry, these  evenings can run pretty late for the CEO and her family. After the homework is completed, her family has had dinner, and the days’ tasks are completed for Women Auto Know, Audra returns to the office. She adds that “I'm a firm believer that you have to love what you do... The quality of life is important”

Fordin attests to her passion for her work, especially the people she enjoys helping. “I stuck with it because I liked it”, she says. Thus, she had inherited the family business, soon rejuvenated with empowering in-house workshops for the community. The innovation transpired out of continuance and permanence. She did not want to let her father down even in the face of obstacles, being a woman mechanic and business owner, who faced some levels of adversity and a grueling recession. To safeguard that role, she secured whatever accreditation was required. “Every bell and whistle that came with it, I did it because I was questioned”.

WAK was founded with a premise of helping people throughout the recession. The auto industry was one of the many markets being gutted, with the rise of gas prices, which led to fewer cars on the road or people who could not afford repairs. Audra was forced to make sacrifices to save the family business. Plus she forewent a salary. Fordin had to get creative. There were no guarantees, but she started to invest in her community. It was the people that laid the groundwork for the shop's recovery. Audra recapped some of the feedback that she had received from customers in those stages. “...They were saying that they couldn’t afford their repairs..they say that I do it different… They said that they didn’t know any other female mechanics...the way that I speak to them was reassuring...they were comfortable there”. In consequence, a new business model was structured, one that catered to people who could not afford repairs. Free workshops were offered on preventative maintenance and how-to lessons for simple fixes such as wiper blades and fuses. The objective was to alleviate unnecessary expenses later on down the road. Audra had established a rapport with her customers. Great Bear was a revolving door for the community, as they began to rely on the expertise. Fordin enforced a strict transparency policy. Honesty became a competitive advantage. She compared this approach to the doctor versus patient. “Whether you like it or not when you take your blood results in, you kind of have to know what it is, like it or not”. This strategy grew her business.

Fordin is well on her way to becoming one of the  change-makers within the auto industry. American Express thought she had passion and has noted her projects throughout their network. NBC invited her on the Today show to give simple tips to women. She’s been featured on MSNBC’s YOUR BUSINESS  and went undercover for ABC’s “Lookout”. “I went undercover into auto repair shops and asked for services and then witnessed firsthand how they were all ripping me off! ...It was a horrible experience.” Yet in lieu of these encounters with other mechanics, Audra had been able to further educate consumers.

Yesterday’s Great Bear workshops have transpired into the development it has become today, Women Auto Know®. It’s website extends its workshop experience to the web, an interactive hub with all sorts of automobile advice. WAK even has its own comic book character called Audra Lynn, a prototype of the founder which educates children and their parents about cars.  It also includes a rank-and-review list of service repair shops across the nation. Many of these shops are invited into the WAK network and can take a special pledge that adheres to WAK’s standards and policies. This pledge was a response to women’s call to action. Sometimes women aren’t comfortable with or confident about the advice they receive from mechanics. In retrospect, they feel that shops are taking advantage of this. Though more women than men have a drivers license, which means acknowledging this demographic of drivers is just simply smart business.

Women Auto Know is gearing up for the changes. Its outreach efforts are truly reliant on the online community to make it happen. It invites its network of members to be transparent as well. This exchange ensures awareness throughout the community regarding shops that are reputable and fair. Women across the nation can offer feedback about the shops they’ve visited, which would curtail a list fashioned for their criteria. Auto shops and dealers can curb their rankings by taking the signature pledge. Those who have signed on to the pledge are faved and listed in WAK’s hub. Their allegiance pledges to several codes of ethics, one being, refraining from hanging inappropriate posters on the wall, in support of the women clientele. In truth, everyone involved is aiding in closing the gap so that customers are getting what they need and those that service them are credited and noted as such.

At one point, the project had exceeded Audra’s ability to keep up with the demand. She started to get emails from all over the world, those that were inquiring about mentorship and consultation. For that reason, WAK’s workshops and tutorials have been extended online for free.

Aside from the national notoriety, Fordin’s dad is proud. He says that she has “...far surpassed the teacher”. Being a successful minority business owner can be perceived as honorable and courageous. Audra notes the achievements of Rosa Parks, a woman who refused to stand up and chose to sit down in the face of racism and opposition. Fordin feels that she stands for millions of women and will not take a seat in the face of resistance. Though she is still earning those dues, she is well on her way to what some folks may have come to appreciate, in changing the perception of what Women Auto Know. She adds that, “ It changes the stereotypes of the industry, so the next generation would not know we had this problem”.

Quick Tip From Audra on Women For Action TV!
“Women Auto Know® How to Keep Wipers From Freezing” 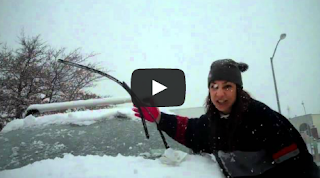