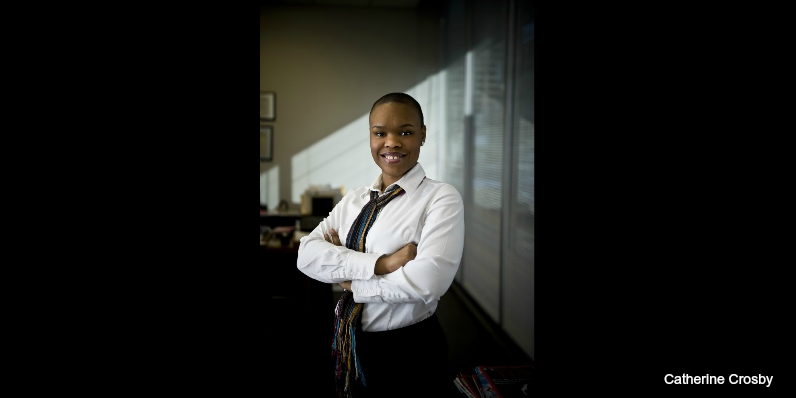 Discussing the Work of the HRC

Lean In Dayton: Still too few women are occupying significant forms of leadership. What would you say contributed to your position as Executive Director of Dayton's Human Relations Council (HRC)?


Catherine Crosby: Volunteering and networking.  I participated in various leadership development programs including the Community Reinvestment Institute, Future Political Leaders and Parity’s Black Leadership Development Program.  I eventually began working on political campaigns.  At one point, Commissioner Dean Lovelace named me his campaign manager.  That opportunity taught me how to organize and I met a number of people that were introduced to my skills and abilities.  While at Wright State Center for Urban and Public Affairs, I had an opportunity to meet Mr. Willie Walker, former President/CEO of the Dayton Urban League.  Through that relationship, I was introduced to the National Urban League Young Professionals (NULYP) and eventually helped grow the local chapter.  NULYP was a network of the most talented minority young professionals around the country. Each chapter had a healthy competition and I wanted to be part of that. The experience pushed me to be better, to think bigger, and to grow.  Our chapter eventually became one of the models nationally.  At the same time, we became an important voice in the Dayton community.  That experience further allowed me to showcase my leadership skills, which has led to a number of opportunities and eventually serving in this capacity.

Lean In Dayton: The Human Relations Council promotes civil rights, fairness and equality throughout the city of Dayton. How is the council working with community organizations to combat homelessness and poverty?

Catherine Crosby: Combatting homelessness and poverty is not our direct focus, but it does become an indirect outcome of our work. We investigate allegations of discrimination as a substantially equivalent agency with HUD.  Some homelessness is a result of discrimination, both in housing and employment.  By educating people on their civil rights and investigating allegations of discrimination, we provide landlords, tenants and employers a venue to express their concerns in an effort to prevent evictions or terminations that could make it difficult for families to find other housing or employment.  In some instances, we have been able to negotiate settlements that provide resources for families to move to another environment or individuals to find other employment that is more beneficial.

In terms of poverty reduction, we assist in developing small businesses through our Minority Business Assistance Center (MBAC).  While the title implies that we only work with minorities, we don’t turn away any small business.  Our goal is to take individuals with skills and help them determine whether or not those skills can lead to self-employment.  We also advocate for minority-owned, women-owned, and small business goals on City projects and advocate for goals on projects in the City, but not owned by the City. The intent is to build the capacity of that company and hopefully increase the number of employment opportunities.  Too often inclusion is a second thought and organizations don’t consider the impact to the community when small business owners don’t have the opportunity to compete against their peers.  By advocating for inclusion on contracts and encouraging project owners to break the contracts into small pieces to allow for minority and women-owned small businesses to bid, it helps build the capacity of those companies and eventually leads to job creation and retention. As a city that is made up of small business employers, the ability to include those businesses in the procurement process becomes instrumental to the poverty reduction strategy.

We are also responsible for ensuring that vendors of the City have a diverse workforce by requiring all vendors to submit data on the make-up of their employee base.  The goal is to ensure that the company’s employee base mirrors the demographics of the population where the company is located.  When a construction contract is awarded, contractors are required to submit monthly reports identifying the number of minority and females on each project.

Through our Welcome Dayton initiative, we advocate for immigrants and refugees.  We identify strategies to build a strong infrastructure that supports foreign-born citizens and promote immigrant integration into the greater Dayton region by encouraging business and economic development; providing access to education, government, health and social services; ensuring equity in the justice system; and promoting an appreciation of arts and culture. We educate new citizens on their civil rights, assist organizations with immigrant integration efforts, and work to reduce inter-group tension in the community so that all that live, work, play and gather in the City feel welcome regardless of their race, ethnicity, religion, gender, disabilities, etc.  Our role is to assist with building an infrastructure that welcomes and supports foreign board citizens so that they don’t end up in poverty.

We also have the Community Initiative to Reduce Gun Violence (CIRGV) that focuses on helping individuals in high-risk lifestyles change the trajectory of their lives.  We help connect participants to social services, job skill development programs, employment opportunities and other resources to help them be successful and support their families.  We also offer life coaching and mentoring support through Street Advocates so that they don’t feel alone when life gets tough.  In addition to the individual support, our work also supports changing community norms that accept a culture of violence in our most vulnerable communities.  The culture of violence deters economic development and access to other assets associated with thriving neighborhoods.