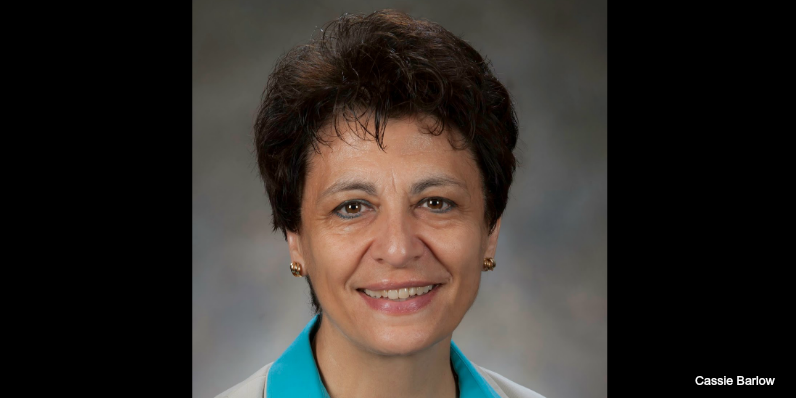 
She commanded one of the largest air base wings in the Air Force with more than 5,000 Air Force military, civilian, and contractor employees. The 88th Air Base Wing, Wright-Patterson AFB, Ohio is home to more than 27,000 employees and is the largest single-site employer in the state of Ohio. Attributing to numerous credentials, Colonel Barlow is highly decorated with twelve prestigious military awards.


Today, her work entails fostering the development of new talent and transitioning veterans in Dayton. In this interview, Colonel Barlow discusses her value for service and helping people. In addition, she lends her expertise on mentorship and support to spur the growth of women in leadership.


Women For Action: Colonel Barlow, you've recently become Executive Director of the Center for Workforce Development at Wright State University and The Advanced Technical Intelligence Center (ATIC) after retiring from active duty with the U.S. Air Force as Colonel. How did this new role come about?
Colonel Cassie Barlow: It has been a real honor for myself and my family to settle here in Dayton.  I love the community and I can’t think of a better role than to help people develop in the career they are passionate about.  This position at Wright State has been a real blessing for me.  I have been able to continue my passion of helping people formulate their perfect development path.  Additionally, I have been very lucky to be able to work with many veterans who are transitioning from their military careers.


Women For Action: You commanded one of the largest air base wings in the Air Force with more than 5,000 Air Force military, civilian, and contractor employees. What was this experience like?


Colonel Cassie Barlow: Being the commander at Wright-Patterson Air Force Base was a true honor.  I was blessed with being able to command multiple times and I loved the opportunity to command at WPAFB.  Wright-Patterson is an amazing community made up of many amazing Americans who are passionate about serving their country.  I was proud to serve right next to all of these professionals.


Women For Action: What led to your decision to pursue a career in the United States Air Force?


Colonel Cassie Barlow: I joined the Air Force many years ago to get an education and over time I fell in love with the opportunity to serve my country and my fellow serviceman and women.  My first tour quickly turned into 26 years that absolutely flew by because I was having so much fun and meeting so many amazing people.


Women For Action: How did you overcome working in an environment that was predominantly made up of men?


Colonel Cassie Barlow: Gender was never an issue in my career.  An Airman is an Airman, we do not focus on gender, color or race.  Our strength in the Department of Defense comes from our immense diversity and the quicker a new Airman, Soldier, Marine or Sailor learns this, the quicker they will excel in their career.

Women For Action: You are also the oversight manager for the Regional STEM Collaborative, an initiative to build and strengthen partnerships that are vital for growing a STEM workforce. From your observation, how are women becoming stakeholders in STEM programs?


Colonel Cassie Barlow: We have a long way to go in the United States to build the STEM workforce of the future.  We are falling behind other nations in the world in producing new STEM workers.  We need a concerted effort across the United States to encourage as many children as possible to study STEM.  I believe women can play a very important role in being role models to young ladies who may not realize there is a place for them in STEM.

Women For Action: The Department of Defense just formed a partnership with Leanin.org. They are committed to establish Lean In Circles throughout the department and all military branches.  These circles provide peer to peer support for military personnel and a confidential place to discuss certain challenges and gender issues. From your point of view, how do you feel this new initiative benefits military women?


Colonel Cassie Barlow: I think this is an awesome idea!  Mentoring is one of the most important things that we can do as individuals to build the next generation.  Mentoring is even more important for women since there are not a lot of women in senior leadership positions.  Peer to peer support is critical for young women growing up in the military.  Young ladies need encouragement and they need to know that there is a way to have a successful career and a family at the same time.


Women For Action: How much did peer support play a part in your success?


Colonel Cassie Barlow: Peer support played a very large role in my career.  Throughout my career, I always had a close circle of peers that I was comfortable reaching out to for support and advice.  These were always mutually supportive relationships.  When you grow up in an organization with others who support you standing at your side, there is a much better chance for success.


Women For Action: What drives your ambition?


Colonel Cassie Barlow: I grew up in a close-knit family where we were always encouraged to do our best and to never give up.  My dad always used to say “Why are you trying if you’re not going to give it your best.”  This is something that stuck with me over the years and I still get this same advice from my mother.  These values that were part of our everyday life growing up and now they are the way that I lead my life.


Women For Action: What sort of advice would you give to a young woman who wants to move forward in her career, but is without a mentor?


Colonel Cassie Barlow: I would say, do your best to find a mentor that you can trust, who can give you advice and help you through the tough times in your career.  I would also say that mentorship is a two-way street, even though it may not be obvious sometimes.


Women For Action: How do we get more women as officers in the military?


Colonel Cassie Barlow: I believe the best way to get more women in the military is to provide them role models when they are very young and then to provide mentorship throughout their careers.  There are many amazing examples of military women that have gone before us and they have served as great examples for women in my generation.