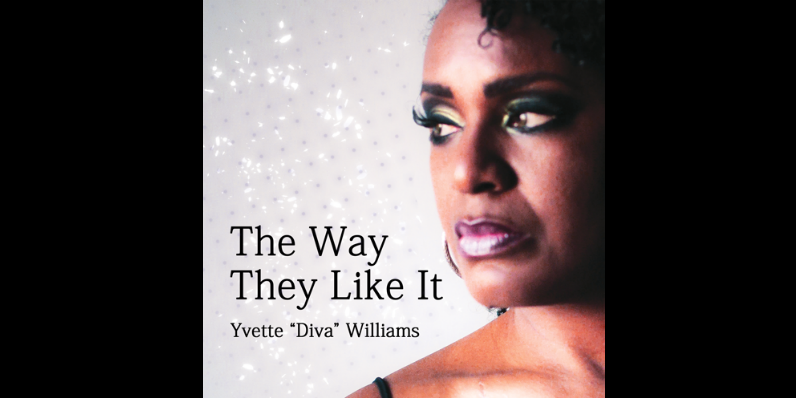 Lean In Dayton: Your mother was a classical pianist and your father is skilled in Latin Percussion and six other instruments. Sometimes children don’t want to follow their parents footsteps. What led to you pursuing music?

Yvette “Diva” Williams: My parents were extraordinary musicians, but they didn't force music on me at all; music found me. I believe that it was in me all along to be a musician. When I was about five years old, I would play with the kids on the playground and I was always "the radio" that served as the entertainment for everybody. I was responsible for singing all the music that they wanted to that was supposed to come out on the radio. Everyone seemed to like my voice. At the age of six, my father put me behind Latin percussion and my mother had me in piano lessons when I was about 12. I really regret not continuing with the piano, but I still love playing my percussion. My dominant instrument is my voice. I feel most comfortable on stage. As a child, I admired the vocal styles of Gladys Knight, Phyllis Hyman, and Chaka Khan. However, my all-time favorite entertainer is Michael Jackson, but even before my love for Michael, my father introduced me to Latin music and my hero percussionist and bandleader, Tito Puente. My inspirational foundation was pretty solid musically.

Lean In Dayton: What sort of support did you have which played a key part in your success?


Yvette “Diva” Williams: My father has been a major supporter and has played a key part in my success. Regardless of what was going on in my life, he always wanted to know where I stood musically and what I was working on. He always knew that singing liberated me and I could accomplish anything through music.  I've also had a number of friends and supporters that have backed me along the way, but my foundational support is my father.


Lean In Dayton: What hard lesson did you learn in your career which contributed to where you are today?


Yvette “Diva” Williams: Being an entertainer and human, I learned a number of very painful lessons.The first hard lesson that I learned was that not everyone is going to support my vision. There were many occasions when I was excited about a project, only to be subjected to doubt and negativity...