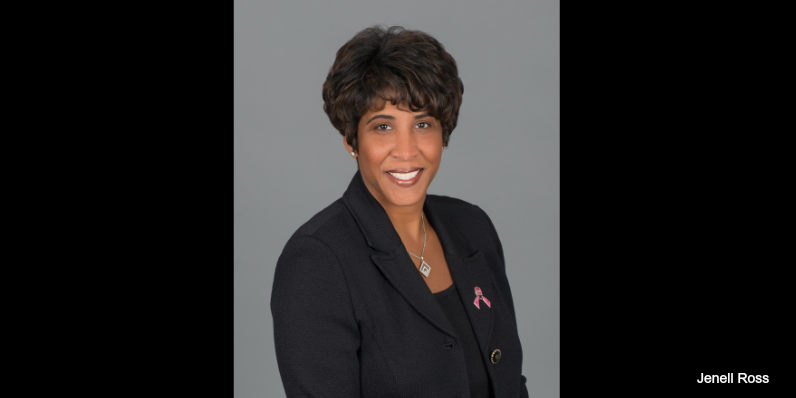 Lean In Dayton: Did you always know you would run your family’s company or what events led to taking over Bob Ross Auto Group?

Jenell Ross: I always worked for the company throughout middle school, high school, and college. When I had the opportunity during my school years, special projects, term papers, and etcetera would focus on the automobile industry. This enabled me to learn more about the industry.  I would never have imagined my father passing away at the early age of 62 which led to me assuming the day to day operations under my mother as president when I was only 27 years old.

Lean In Dayton: What would you say was the key to Bob Ross surviving the economic downturn here in Dayton?

Jenell Ross: During that time, it was extremely necessary to engage the entire management team as well as the employees to assess the situation because we had to make some major changes to the organization to ensure longevity. Our employees brought different ideas to us ranging from where we could cut expenses, to introducing different avenues of revenue to help offset car sales which were not going as well as we anticipated. It was a collaborative effort from everyone.  It was evidence to our team that it was a viable place to work and a viable entity. They were interested in wanting to help maintain and grow the organization.

Lean In Dayton: Can you describe what it is like to lead in an industry that is majority comprised of men?

Jenell Ross: The auto industry is a predominately white male industry. Being a 27-year-old African-American Female automobile dealer was definitely an anomaly. It will be 19 years this July since my father passed and there have been several instances of me being the only person of color and woman in the room. I have always viewed this as an opportunity to educate others that even though I might not look like them I am still capable of doing the same things they do, accomplish the same goals and have the same level of success. It’s definitely been an interesting road. I will definitely say there is still a lot of opportunity for women and minorities in our industry. Unfortunately, I have gotten used to being one of few women and or minorities in the room. However, there are more initiatives being focused on women and minorities in our industry. There is a new conference that is focused on women in the automobile industry- Women and Automotive. In fact, I spoke with them this morning. It’s comprised of workshops, panelists and keynote speakers that will provide best practices for attendees along with mentoring opportunities. The automobile industry understands that women are influencing the majority of all buying decisions...