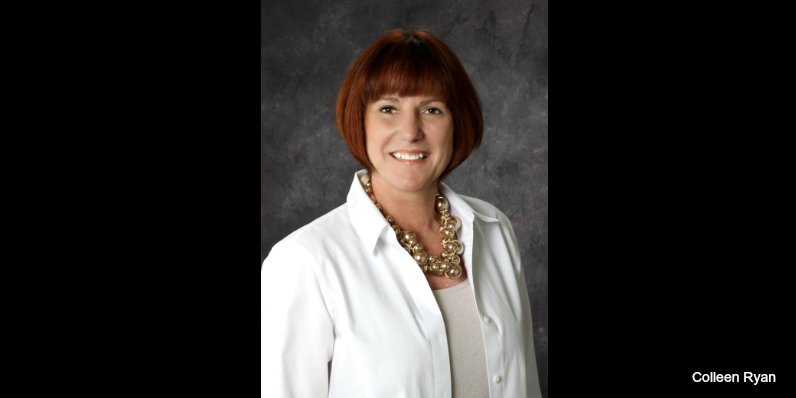 Lean In Dayton:  How did your commanding role at Wright Patterson Air force Base(WPAFB) prepare you for your role as Vice President of Defense and Aerospace for the Dayton Development Coalition(DDC)?

Colleen Ryan: Literally, I was able to see things from both sides of the fence.  In my position as Installation Commander at WPAFB I experienced first-hand, and benefitted from, the DDC’s support of the base.  I saw the DDC bring together community organizations, community leaders and elected officials to coalesce around and advocate for WPAFB, oftentimes to advocate in situations where base leadership are restricted. As a VP with the DDC, I had insight into the workings of WPAFB and knew intimately the ways that the DDC could be most helpful to the men and women of WPAFB.   Additionally, with my past interaction and familiarity with many of the local defense contractors and their leadership, I could help the DDC bring value to the defense contractor community that makes up much of their membership.

Lean In Dayton: How did your most recent appointment at Vectren Energy come into fruition?

Colleen Ryan: One of my leadership principles is to “bloom where you’re planted”.  Simply, doing the best you can in the job you’re in, not focusing on or worrying about the next job.  I know people who are so preoccupied with what’s next for them, they aren’t giving 100 percent in the job they are in.  If you give your all, day to day, you are going to be noticed and rewarded with new challenges and experiences – you don’t always have to seek them out.  One evening, when the Vectren Board and senior leaders were in Dayton for a Board retreat, I was tasked to brief them on WPAFB and it’s economic impact on our community.  The briefing took place at the National Museum of the United States Air Force(NMUSAF) over dinner. Several months later, they contacted me about a new position they were creating in Dayton, the role of the regional President, and asked if I would be interested in the job.  Never in a million years would I have thought that I could work for a utility company!  I like to think that I “bloomed where I was planted” that evening at the NMUSAF.

Lean In Dayton: Lean In is developing a program, titled Lean In Veterans which hopes to leverage resources for women veterans. What do you feel is needed to better assist women who are transitioning from the military to the civilian world?

Colleen Ryan: I think the question we need to answer is how we better assist all veterans to transition – I don’t think the gender distinction is of utmost importance.   Naturally, there is some unique assistance that a female veteran will need, particularly as it relates to healthcare, but overall, we need to a better job with every veteran.  Education of employers is key here -- helping employers understand the value of hiring a veteran and the unique leadership and training that they bring with them. Another need is helping the veteran translate their military job, training and military education into terminology that the civilian world understands.