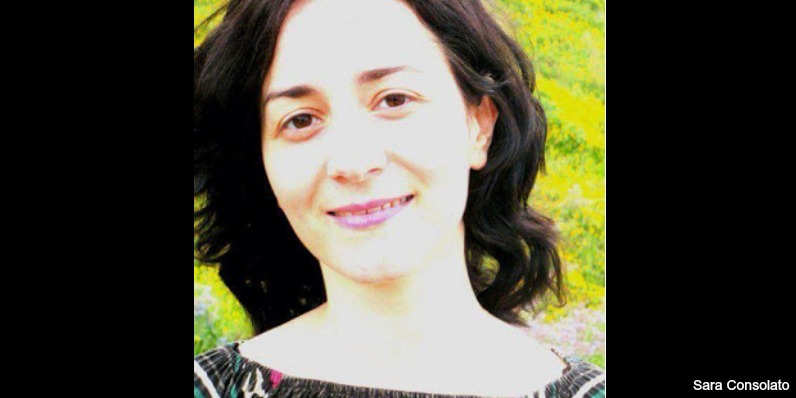 Voices of Italy: Sara, tell us about your background and what led you to work in the field of human rights?

Sara Consolato: I’d like to start this interview by saying that “I’ve always known who I would have become in my life”. But it didn’t work like that for me. Sometimes It takes time to get where you are headed. I studied communication with a focus on International relations and afterwards, I attended a Master in Human rights. I was expected to start a career in the development cooperation field, but life brought me elsewhere. I started working in the nonprofit sector as a social researcher, a position I enjoyed and that helped me to develop an in-depth understanding of many crucial issues. But I felt that something was missing, as I wanted to do a job that could have an impact on people’s life, especially on those who are vulnerable. And this aspiration is what led me to work in the refugees assistance sector, an issue I’ve always been interested in - co-funding the startup, Refugees Welcome Italia.

Voices of Italy: You are currently Head of Communication for Refugees Welcome Italia (RWI), part of the European Refugees Network, founded in Berlin in 2014. Could you tell us more about the project and your role?

Sara Consolato: The RWI initiative is founded on a simple but revolutionary idea: open the doors of private houses to refugees, by providing them with home-stays instead of mass accommodations where they usually feel marginalized and excluded. The organization aims at promoting a new model of reception, in order to increase the possibility for asylum seekers and beneficiaries of international protection to faster integrate themselves into the hosting countries. The main tools of the project are the web site, where potential hosting families (in the largest meaning of the term) and the refugees looking for an accommodation can register, and the local RW's teams that take care of the matching and monitor the processes through the all stages.

The innovation brought about by the project relies on two elements:  the use of the  technology, which allows everyone, even people living in remote areas of Italy, to get involved and an interpersonal approach which encourages mutual understanding and exchange between Italian people and refugees. Housing refugees in private accommodations provides advantages for everyone: refugees are able to live in sound places, learn the language faster, and adjust to a new environment more easily. The hosting families, on the other hand,  have the chance to know a different culture and help a person in a difficult situation. The response of the Italian people has been amazing: more than 400 families, from all over Italy, registered on our platform in 9 months and we managed to match 20 refugees in shared flats until now.

As for my role, I am a member of the executive board and the head of the communication which means that I am in charge of designing and implementing RWI communication strategies and activities. It is a pivotal role, as one of the goals of RW is to spread a more humane culture of welcoming refugees. The challenge for me is to humanize the debate on the refugees crisis, which is so often biased, and to focus on the personal stories of all the people involved in the project: refugees, families and volunteers. This position is providing me with the privilege to give voice to “another Italy”, a part of the country not properly covered by mainstream media and made of incredible and inspiring people who are open-minded and free of all prejudices, who spontaneously open the doors of their house and donate their time to  people in need. Their genuine solidarity makes me feel proud of being Italian on daily basis.

Voices of Italy: You worked with various NGOs in your line of work. Can you tell us which projects inspired you the most and how so?

Sara Consolato: I can’t help mentioning my last experience in Lesvos, Greece, where I worked this summer for almost 3 weeks, carrying out a storytelling project for Refugees Welcome in Kara Tepe, a refugees camp which host around 800 people. I had the ability to speak with many asylum seekers, mainly from Syria, Iraq and Afghanistan. This experience provided me with an in-depth look into what being a displaced person means. I could observe the psychological struggles of refugees -  the trauma of the war zone they fled, the trauma of a dangerous journey, the trauma of being stuck in unsanitary camps filled with fist fights and sometimes abuses, the uncertainty of the future -  but also to appreciate their incredible resilience. It was stunning to see the strength they gather to defend their dignity even in harsh conditions and their willingness to be treated as humans, not as mere numbers. I’d like to recall some of them: Amina, a 45 years old lady from Aleppo who lost his husband during the boat trip from Turkey, founding herself completely alone in Greece; Basil, the Iraqi teen-ager who fled the atrocity of Isis and dreams of becoming a rapper; Rami, a talented designer from Damascus, who swam for almost 8 hours after his boat sunk. All these people taught me a lesson: even though life hits you hard,  what really matters is to continue to believe in the possibility of a new beginning.

Voices of Italy: Where do you think RWI is headed? In other words, what sort of outcome do you foresee for its program?
Sara Consolato: As I already mentioned, RWI’s strength lays on being a button-up project which start from the direct involvement of the civil society but is aimed at promoting an institutional and cultural change as well. Our ambition is to improve the policies of reception for refugees currently in force in Italy; policies that are mainly based on mass accommodations and on an impersonal approach which often results in a lack of a real social inclusion for the refugees. We firmly believe that domestic reception can pave the way to an easier multicultural integration and our long-term goal is to make RW hosting philosophy been recognized by the institutions among the official ways of reception.

Voices of Italy: What sort of role do you wish to play in the long term or do you feel that you are already in the best position to fulfil this sort of outcome?

Sara Consolato: I think storytelling, which is at the core of my work, is a fundamental asset to promote the cultural change RWI is getting to. In the current situation,  with populist propaganda raising across Europe, and walls and fences being built at the borders, it is essential to cast a light on the personal side of this humanitarian crisis. There is a tendency, both among leading politicians and in sections of the mainstream media, to demonize refugees and to depict them as an endless tide of people who will steal jobs, become a burden on the state and ultimately threaten the our way of life. This “narrative of the invasion” cannot be won only by showing statistics and numbers. We need to show the reality of refugees: their names, their faces, their ambitions and their fears, their loves and what they fled. We have to do it with stories, humanizing otherwise faceless refugees. It is only when we strip the humanity from people  - when we stop seeing them as humans being like us - that our empathetic nature is lost. I think storytelling has the power to reverse this trend. Not by chance, Everyone has its own story to tell, is RWI’s motto

Voices of Italy: What sort of obstacle have you faced throughout your career that you feel others could learn from?

Sara Consolato: I think one of the greatest obstacle I faced was finding myself, at a professional level, in a comfort zone,  a state of stability in which a person feels familiar, at ease, and where steady level of performance is possible. It’s hard to question such a situation. I did for many years a job that I liked but I knew it didn’t suit me perfectly. So, at a certain point in my life,  I decided to turn the table and to invest all my energies in a new pioneering project – a risk -  Refugees Welcome Italia. It’s an enthusiastic challenge to start from the scratch, to literally build with your own hands something that didn’t exist before and that can positively affect other people’s life. I believe that ability to take risks by stepping outside your comfort zone is the primary way by which we grow.

Voices of Italy: What words of wisdom or advice would you lend to Women For Action’s global audience?

Sara Consolato: There is not a better school in life than travelling. I was very lucky during the past years, as I had the chance to visit many countries, often as a solo traveller, an experience that helped  me learn how to think critically and to form opinions of my own about many crucial issues. So my advice is: travel as much as you can, even by yourself, get rid of preconceptions,  don’t be afraid of the cultural differences and never stop cultivating a curious attitude toward the people around you.