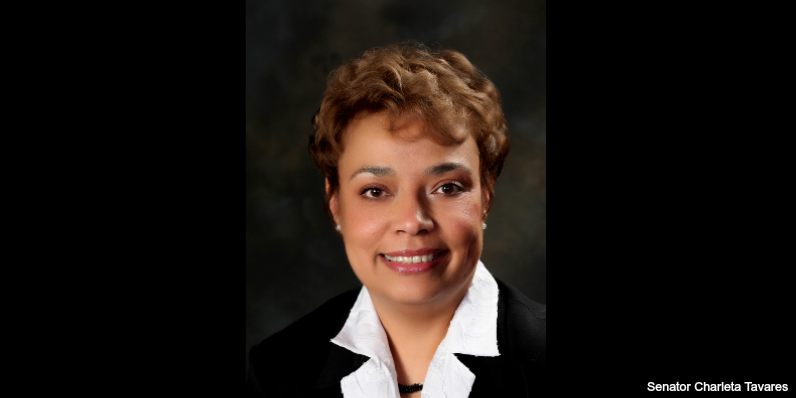 Lean In Ohio: For Lean In Ohio readers who may be wondering, what are the responsibilities and role of an Assistant Minority Leader?

Senator Charleta Tavares: The responsibilities are based on the needs of the Caucus. I am a part of a leadership team which develops an agenda for the Caucus, help extends its message and what it represents as well as define the legislative priorities of the Caucus. Also, I am a part of a team that identifies potential candidates to run for office. We have an overall caucus agenda but we also support the needs of individual members who have an agenda for the communities they serve.

Lean In Ohio: Senator Tavares, you served as Executive Director of the Multiethnic Advocates for Cultural Competence (MACC) and President/CEO of Primary One Health. What led to pursuing a career in public office?

Lean In Ohio: You are a graduate of Spelman College. In Spelman’s mission statement, it describes the prestigious institution as “a historically Black college and a global leader in the education of women of African descent, dedicated to academic excellence in the liberal arts and sciences and the intellectual, creative, ethical, and leadership development of its students”. How do feel this has helped prepare you for leadership today?

Senator Charleta Tavares: I attended Spelman College for a year. My dad bribed me with a car to return to the state of Ohio. From there on, I attended Ohio State. I am very proud of my attendance at Spelman and I'm certainly an alumnus because I satisfied a full academic year. But it was probably meant for me to come back home because my dad passed away that next year. My dad died of a massive heart attack and that's one of the reasons I've focused on health and human services issues. My dad had a stroke at the age of 38 and a heart attack at age 48. Health care issues have been in the forefront of my life. Sometimes out of that sort of pain comes your passion.