An American Heroine: Paula Jordan-Kelly is a Survivor in Business by all Accounts 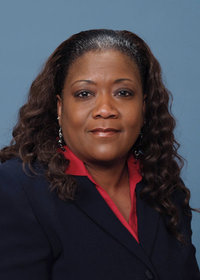 Paula Jordan-Kelly, an African American business woman has had her share of ups and downs, as she struggled to sustain her 16 year old insurance business. Many that know her would say that she has a survivor's story. She has undergone some of the many challenges that accompanies being a minority woman in business and a disastrous recession. She's a fire that can not be put out. Her drive for success is notable. Here's her story.

It's a tremendous achievement for any business to be able to thrive throughout a grim recession. Paula's insurance agency is amongst the few. Many businesses were unable to prop themselves back up, after the 2008 stock-market crash. The crash literally dismantled a lot of flourishing businesses, and crippled a huge bulk of the economy's income opportunities. The real-estate market was the engine that kept things thriving, prior to the recession. Just about anyone could have a piece of the American dream, with just a little bit of capital, if they purchased a piece of real-estate. These type of purchases stimulated all sort of buying power; it even enabled folks to start dream businesses, with the returns from investment properties. Insurance agencies like Paula's boomed with new business and customers. The stock-market crash readjusted the price of real-estate, leaving millions of mortgages under water. Banks and other types of lenders stiffened their regulations, disabling millions of other Americans from future lending. At this point, It did not matter what sort of credit-rating these Americans had. This criteria alone, was a thing of the past. These new stipulations crippled this portion of the economy, and much of middle class America have had to turn their backs on their hopes and dreams. Today, America hangs on by a shoe string, while stories of success are being rewritten.

A fickle real-estate market means a lot of uncertainty for small businesses. It also means that an opportunity for advancement and financial security, is few and far in between. The ability to be able to maneuver from one income bracket to another, is slim these days. Insurance agencies like Paula Jordan Kelly's are susceptible to the declination in real-estate purchases. There is a limited demand for property and other types of insurance as the market drops. This is what happened to many other insurance agencies. Paula witnessed the plight of fellow agents and their agencies throughout the recession. In order to survive, she sought out major cutbacks within her agency. She downsized her expense budget and digested a steady drop in business. She laughs and states that "instead of having steak dinners, I had to eat hot dogs". Paula's small business is surviving austerity. The boom in sales isn't quite there, but she feels that business is finally gaining some traction.

Paula was another American who got tired of working for some one else. She worked as a bank manager for seventeen years. She could of easily transitioned into another position, at another bank or another company, but she wanted a bigger return. She wanted something that was far more fulfilling, the opportunity to be in control of her own destiny. That is what being an American is all about. It's about being in the driver's seat of your own life. The pursuit is open to all men and women, regardless of race or gender. Americans have the ability to determine "the outcome" in their lives. This is the "American Dream". Paula is one out of many, that not only believes in this ideology, but continues to strive everyday for that sort of outcome. Paula ventured off into the insurance world to start what appeared to be a promising business. At that time, if you did well in insurance, the returns was tremendously rewarding. With vested capital, Paula started a promising career in insurance, one that enabled her to be self-employed through her own agency.

Kelly was unaware of some of the challenges she would face as a minority woman business owner. She discusses her encounters with racism and even sexism. She was an Africa American woman with an insurance agency, within a majority white community. There were folks within the community that struggled with it, at first. She has had her share of customers that would express their enthusiasm over the phone, but when they met her in person, their temperament would change. "Sometimes men would treat me in a manner that they would never treat another man", she says. But she has never let these set of challenges deter her from pursuing her goals in business. Paula has a roster of achievements from receiving honors from her education in insurance, to being a top producer in her area of expertise. She has also helped fellow agents reach some of their landmarks and goals. This is the sort of passion and ethic she has about business.

Paula has a certain dedication to her work that is seldom found in business. Her survival throughout the recession could be attributed to her zealousness throughout the years. She goes beyond the call of duty for her customers. She does not mind. She says that in her line of work, "you really have to have a soft heart for people...there is a distinct difference between passion and simply doing something for the paycheck". On a day to day basis, Paula is having in depth conversations with her customers about their insurance needs. She genuinely takes the time out to help people. She has even filed claims for some of her customers; sometimes their ordeals are particularly traumatic.

Kelly believes in the old remedy for business. Having contact with people on the day to day basis, increases the odds for success. "Social media sucks. It is too impersonal", she claims. Her business could not thrive off texts, Facebook and Twitter. Person-to-person contact never fails. She enjoys mailing her customers, talking to them over the phone, seeing them in person and sending out personal thank you notes and cards. She explained that she would rather talk to customers and gain personal relationships. Her customers come to her with their concerns as she evaluates what they need. She may not gain their business right away, but many of them return, simply based on their previous experiences. Social media could not possibly deliver that.

Women are her biggest customers. She is one of the few women leaders who not only have the ability to connect with other women, but genuinely care about their needs and concerns. She explained that if she wasn't an insurance agent, she would run a non-profit for women. Paula just isn't an insurance expert, she is a friend to many of her women customers. While some insurance agents sell unnecessary products to folks, Paula will refuse practicing business in that manner. People keep her authenticity in mind. Folks within her community appreciate this sort of quality about her, but she says more women contact her. Women have a genuine need for insurance, more than men, in this day in age. Women are stepping up and handling business transactions. More women have questions about their insurance policies than men do. They are making sure their insurance policies are paid up. They are concerned. Usually, they are the ones that call.

Her day to day contact with customers has enabled her to witness the aftermath of the market crash. "There are people who are truly in desperation. Some people are still out of work. Some folks are being taken for granted on the job, that they have been at for years. Employers are taking advantage of long-time employees that are at the age of 50 and 60. These folks can't risk changing careers during this time in their lives". Employers are cornering people into working long hours, with little pay. The economy has created a environment for more employers to take advantage of workers who are in desperate need. These stories break Paula's heart. This is why she is the center-woman to many people's relationships, throughout her community, as she works towards bringing people together, and getting them the help that they need.

Paula enjoys being in business for herself. Sure it has its ups and downs, but she loves being able to take her daughter to work. She says that this is one out of many rewards of being self-employed. However, being self employed means putting in a great deal of hard work. Businesses like Paula Jordan-Kelly's entail some sort of personal capital, initially. It takes at least 5 to 7 years to see any sort of return. Paula advises potential business owners. "It's important to do some thorough research. You have to have access to some money and resources for the time being, before the business can sustain itself". Small businesses like Paula's take vision, persistence and sheer focus for any sort of success. In all honesty, you can't escape the mental and physical fatigue. She went into explaining the stakes. "Folks that are self-employed may have a different perspective on life than others. It takes self-motivation. No one is making you do what you do. If you want to succeed, you have to get there on time, or get there earlier or even later, or even come on days when you don't want to come".

It's enough to discourage anyone, that is new to the world of self-employment. But one has to be realistic or we would all be in business for ourselves . Paula says that there is a greater reward in spite of it all. "There is nothing like having your own", she says. "Plus it just feels good to know that people are satisfied with the work I do everyday".

Support the work that Women For Action do by donating  simply $5.00 today!